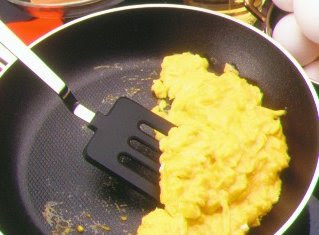 I get a lot of screwy rumors in my mailbox. Some I don't even post because they sound utterly ridiculous. For example, someone claimed they found "an advertisement for a Rockman/Naruto crossover game for the PS3." C'mon, that just screams BS.

Often, I'm shot a really great rumor, one that sounds decent but never comes true (with the exception of Mega Man 9). Tonight, I bring one of those really great rumors (which may or may not be true), concerning a topic shrouded in deep mystery: the existence of the Wii's Mega Man Scramble Battle.

For the uninformed, "Mega Man Scramble Battle" refers to an unreleased game that appeared on a alleged European retail list back in 2007. The list featured a slew of upcoming Capcom titles, including some that were previously unannounced.

The retailer list indicated Scramble Battle as an "action/RPG" title for the Nintendo Wii slated for a release in late 2008-early 2009 time frame.

News of Scramble Battle spread like wild fire, but sites hosting the list were quickly forced to take them down, henceforth cementing the notion the list was legitimate.

Months later, Sven of Capcom-Unity confirmed that the title never existed, nor have they ever heard of it before. However, an anonymous source from the company begs to differ.

Two days ago, I was contacted by a self proclaimed "former" Capcom USA employee who offered to share information about Scramble Battle out of respect for Mega Man fans. The individual believed it would be a topic of great interest. As requested, he shall be referred to as "Joe."

The gist of the information:

-Scramble Battle once existed but was eventually "shelved." The title was in pre-production back in the Spring of 2007.

-Planned as a Wii game from the get-go.

-It was originally produced by series veteran, Hironobu Takeshita and directed by Eiichiro Sasaki.

-Scramble Battle went though three conceptual phases, each one experimented on a different game engine and concept:


-The project went on hiatus for two big reasons:

As a result, Scramble Battle ceased production and was "shelved." Shortly afterwards, "Joe" left the company. "Joe" mentioned he has no knowledge of the game's current status. However, he did note that shelved projects usually return to development at a later time. It all depends on a company's priorities.

I'm a bit perplexed as to where I stand on this. It all sounds good, but I can't exactly vouch for the legitimacy of the source. Make of it what you will.
Posted by Protodude at 2:00 AM