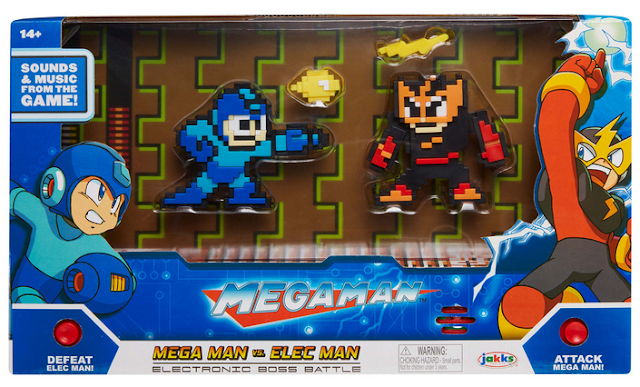 Jakks Pacific are bringing an exclusive Mega Man vs. Elec Man set to the San Diego Comic Con. Unlike the normal edition that's been on sale for a few months now, this one features sound and music from the games! There's two little red buttons on the box that, when pressed, allows Mega Man to attack Elec Man and vice versa. It's a game in itself that can be played with friends. How neat!

Seemingly out of nowhere last night, Capcom allowed select online streamers to try out an unannounced card battling game simply known as "Project Battle". It's an action-oriented card game featuring all kinds of famous Capcom characters including, of course, our favorite blue Maverick Hunter – X! More info and tons and tons of artwork after the jump!


DHX Media subsidiary WildBrain have released a series of "Toy Play" videos to promote Jakks Pacific's Mega Man: Full Charged toyline. Running between 3 and 4 minutes each, these videos are bite-sized episodes with their own little narrative. They're kinda cute and very much targeted at a young audience. Check out "Time to Take Out the Trash" above and two more episodes after the jump below.

If you live in North America, you can grab Jakks Pacific's Mega Man: Fully Charged toys now at Amazon or in-store via Target and GameStop. 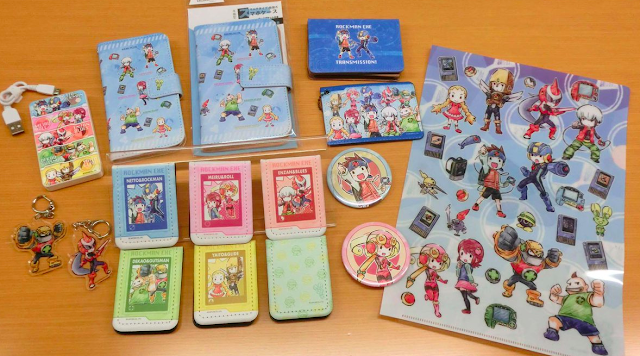 It looks like Capcom's on a bit of a Battle Network kick lately. Today, online hobby retailer Ami Ami has begun accepting pre-orders for a slew of cute Mega Man Battle Network-themed goods. These were previously exclusive to an in-store GraffArt event in Japan back in May – but now they can be yours! Here's what we got:


GraffArt also produced a small line of X series-themed products in May, too. Those should be hitting Ami Ami relatively soon, I imagine. For now you can look forward to these fun guys. Everything ships in July! 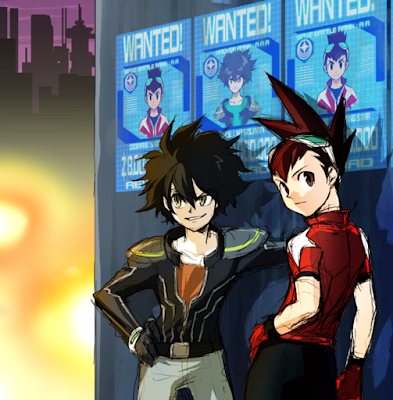 What you see up there is concept artwork from a title that, until today, you had no idea almost existed: Mega Man Star Force 4.  It’s not fan-art. It’s not a fake. It’s the real deal.

This illustration -- drawn by series artist Shinsuke Komaki -- is from the cancelled fourth entry in the Star Force saga. It was supplied to Rockman Corner by an extremely reliable source: our old friend “The Shadow.” (click the link for a refresher)

For now, though, let us dream and wonder about what nearly was. And, please, whip up some cool fan-art while you’re at it. 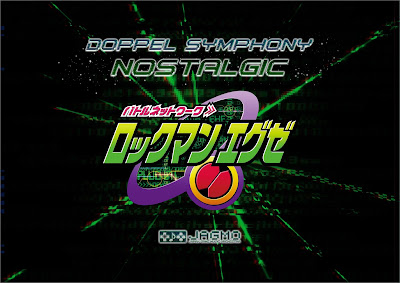 The Japan Game Music Orchestra (JAGMO) will be holding a double concert called "Doppel Symphony -Progressive & Nostalgic-" on June, 29th at the Grand Hall of Shinjuku Cultural Center in Tokyo. Among the games represented, music from the Rockman EXE will be part of the performances.


If there were any doubts that Mega Man: The Wily Wars will be running at a silky-smooth 60Hz on the Sega Genisis/Mega Drive Mini, allow this clip from Geoff Keighley's E3 2019 show speak for itself. Geoff is joined by wrestler Kenny Omega, who is a huge Mega Man fan and avid video game player (his passion is part of his act, so to speak).

So what do you think? Will you be picking up one of these rad boys on September 19th? I'm not the *biggest* 16-bit era Sega fan out there, but I can't pass the chance up to grab – what is undoubtedly – the definitive version of The Wily Wars ever released in an official capacity.

New Images of Those Creepy Mega Man and Proto Man Statues (Zero, Too!) 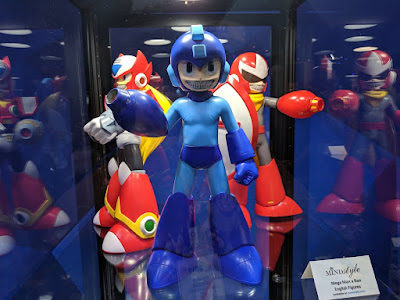 Ron English's unique Mega Man and Proto Man "grin statues" made have resurfaced at Capcom's E3 2019 booth. And this time, they brought a new friend... 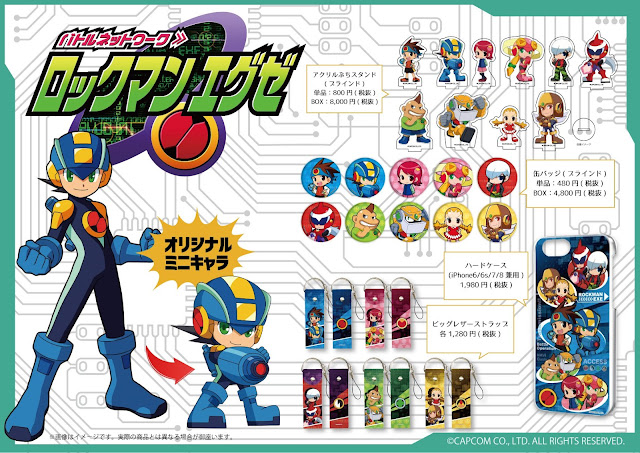 GraffArt have partnered with Capcom to announce a new series of goods based on the Rockman EXE series. Products planned include acrylic standees, pins, badges, leather keychains, and a spiffy iPhone case.

These products are expected to go on sale at the end of the month. They will be sold through a number of retailers both online and in-store throughout Japan. If any of these items tickle your fancy, you might want to keep a close watch on Ami Ami. They'll pretty good about loading up on these sort of things. 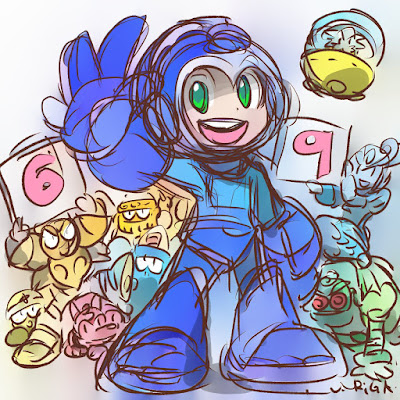 Happy Rockman Day, everyone! It's the tenth one, believe it or not. If you have no idea what I'm talking about or need a refresher why today is considered to be special among fans, read all about it here.

To make a long story short, though, in Japanese "roku" is 6 and "ku/kyuu" is 9 and together they form "rokku". "'Rokku' Man", get it? This trend of making numbers into words is why the number 69 is often associated with Rockman (the Support Car's plate, for example). Today is also the day that the events of Rockman 2 take place.

As per tradition, fans all over the world are celebrating the day with commemorative fan-art. The piece above comes to us from none other than Hitoshi Ariga, Rockman-super fan and author/illustrator of Rockman Megamix. Hit the jump below to see more fan-art! 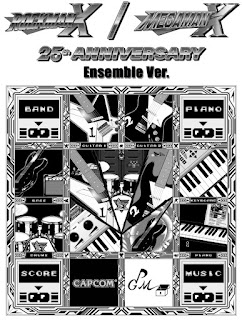 GMSTORE announced today the results of the poll they conducted for the creation of a Rockman X 25th Anniversary Ensemble Album. People that purchased the Rockman X1 and Rockman X2 Band/Piano albums had the chance to vote for their favorite songs from Rockman X1 to Rockman X8, Rockman X Command Mission and Irregular Hunter X. 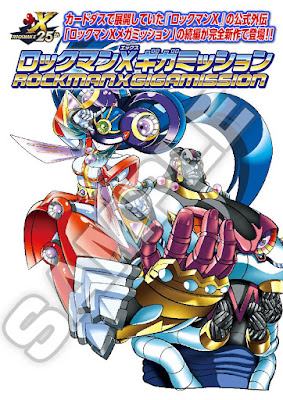 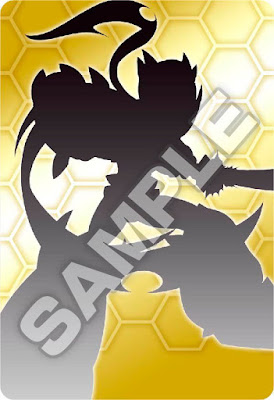 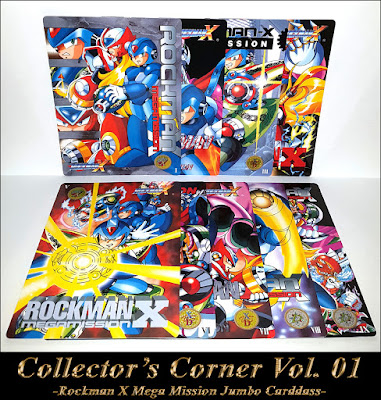 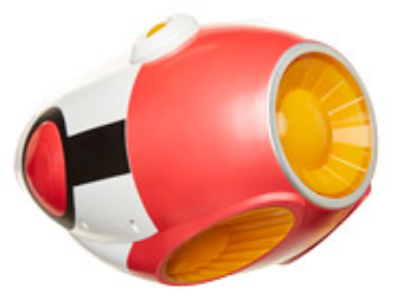 The first of what will likely be many Mega Man X products from Jakks Pacific just appeared on GameStop's site. It's a replica First Armor X-Buster! Much like previous Buster replica products, this one will feature lights and sound effects. It's expected to ship on September 20th for a cool $79.99. Pre-order it here!

And yes; that's the best image I have of it for now. I'll update this post when a better one bubbles to the surface. Stay tuned!

Thanks for the tip, Robert and Jordan!