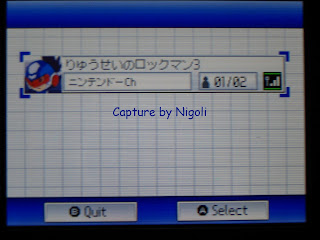 The SSR3 demo hit Japanese Wiis today via the convenient "Everybody's Nintendo Channel" service. "Nigoli" of The Undersquare was fortunate enough to sit down and play the demo. Here's what he had to say:

-It shows the Controls on the Bottom Screen like the News Post prior. No BGM for Title Screen though.

-The Tutorials as usual, you can now do Camera Side as an option instead of turning the Camera On / Off. There's new Sound Effects as well. The Wave Virus Battle Theme is also pretty catchy.

-The game looks like it has potential, even though the Demo seemed a little repetitive like the previous games. It also stinks that there's no Noise Change System to try in this particular Demo, hence why there's no Noise Gauge in any of my Camera Shots.

Got a Japanese Wii? Do yourself a favor and give SSR3 a try!

Posted by Protodude at 3:20 PM