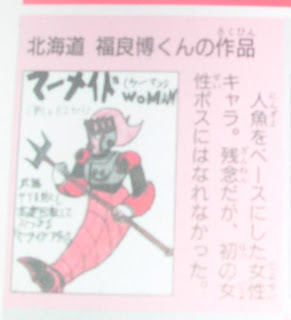 While shuffling through one of the many Rockman source books, OniCourseMusha (The MegaMan Network) discovered two peculiar Robot Master submissions from ten years ago: Mermaid Woman and Shock Man. 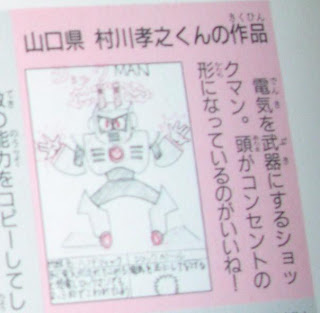 Mermaid Woman looks to be the spitting image of Slash Woman, but what of Shock Man? Where's the Plug Man resemblance exactly? Speculation points to the prongs on his head, which look similar to those on Plug Man's shoulders.

Coincidence or not? Does Capcom owe two Japanese fans some credit?

Oh, and before you pass judgment, be sure to look at this.

(On an unrelated note, I cannot get this song out of my head! It's been driving me mad all day but I love it. Day one purchase by the way.)
Posted by Protodude at 2:05 AM