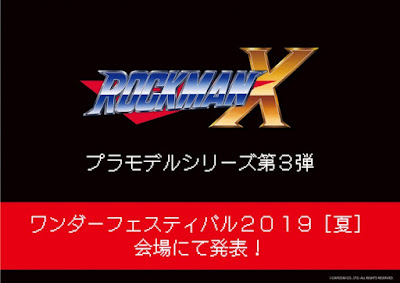 A one VJ Ravenlight has used machine learning AI to "remaster" the opening cutscenes from Mega Man X4 and Mega Man 8 in full 1080p, extracted from their original 320x240 source. You can watch X4's HD intro above (Japanese version here) and Mega Man 8's (Rockman 8 ver. only for now) right here.

Mind you, these aren't *perfect* conversions. It's next to impossible to truly remaster these cutscenes without access to the original film or cels. Nevertheless, it's true: these cutscenes have never looked this good in any official capacity.

VJ Ravenlight has informed me that he's currently working on 1080p versions of every animated cutscene from EVERY PlayStation-era Mega Man game (MM8, X4–X6). These videos will be posted to his YouTube channel in the near future.

All in all, this is some real admirable work. I can't wait to see what comes next!

Charge Your Phone with Replica Rockman X and Rockman 2 Cartridges 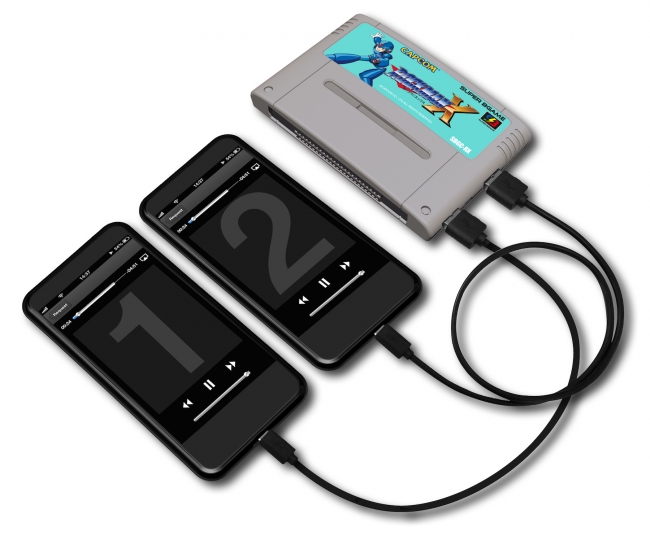 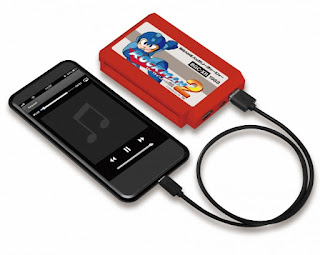 Portable phone chargers based on the likeness of Rockman X and Rockman 2 cartridges are on the way, manufacturer Spiderwebs announced. Much like the Rockman 1 replica cartridge charger last year, these two new chargers strive to represent their Super Famicom and Famicom counterparts as close as possible. They even have (non-working) PCB contacts. Spiffy stuff.

For the time being, both chargers will be sold exclusively through Mobile Land. No international shipping is available, but do know that we did eventually see the Rockman 1 charger being sold elsewhere. If you frequent eBay or if you have the resources to bid/purchase from Yahoo! Auctions Japan, you may just find them.

Plenty of months have passed since we published the Mega Man roadmap for the first half of 2019. Since then, plenty of things have been announced to be released in the second part of the year. It's time time to give the roadmap an update!
READ MORE>>>
Posted by Reploid21XX at 9:43 AM 27 comments: 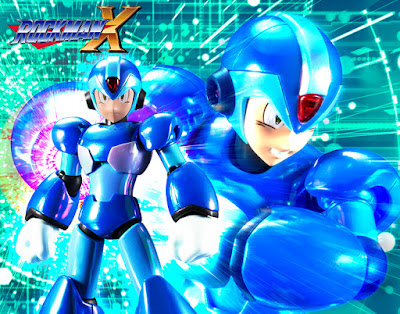 Earlier this month we reported that Kotobukiya were planning to release a limited edition "Polarized" variant of their upcoming Mega Man X model kit. Today, Kotobukiya have rolled out a whole bunch of images and additional details. Check it out after the jump! 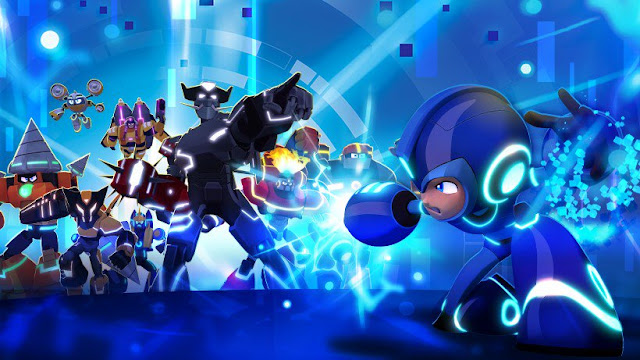 A final thank you and shout out to Team Fully Charged. Thanks for making a fun show! 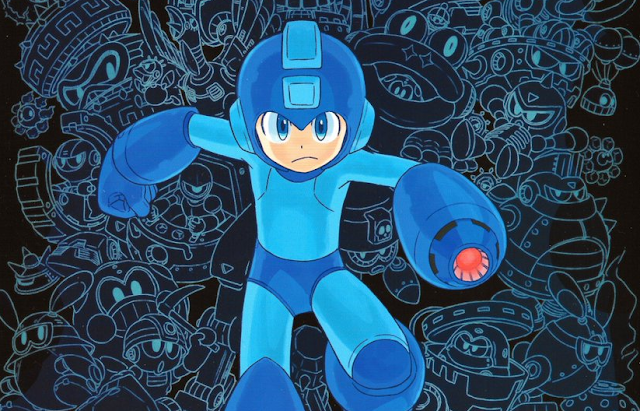 
You no longer have to worry about which version of Mega Man: The Wily Wars will be bundled with the Sega Genisis Mini. A Sega PR representative has confirmed to The Mega Man Network that it will be the NTSC version, which runs at a smooth 60Hz. Thank goodness.

For the uninitiated, the PAL version of The Wily Wars ran at 50Hz. This version is noticeably slower than its NTSC counterpart in practically every regard: sprite animation, music, speed, etc. Here's what the PAL version looks like and here's the 60Hz NTSC version. It shouldn't too hard to see which one is superior.

The video embedded at the top of this post purportedly features footage of The Wily Wars running on actual Genesis/Mega Drive Mini hardware. Indeed, it's the NTSC version. For me, this just went from an "instant buy" to an "instant instant buy". Can't wait! 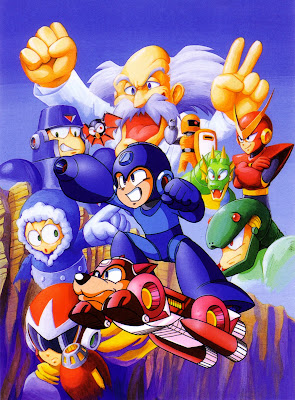 The Sega Mega Drive Mini launches worldwide on September 19th.
Posted by Protodude at 7:47 AM 10 comments: 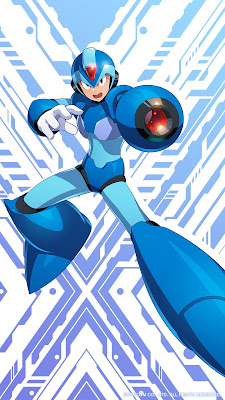 From the figures, posters and albums to his work on Mega Man X Legacy Collection 1+2, artist Keisuke Mizuno is quickly becoming synonymous with the Mega Man X series. His latest handiwork will be featured on the package for Kotobukiya's upcoming 1/12 scale X model kit, seen above. Spiffy stuff, no?

This won't be the last time you'll see Mizuno take on the X series. No, sir. There's something else brewing right now that he has a major hand in. It's not going to be what you think it is, though... 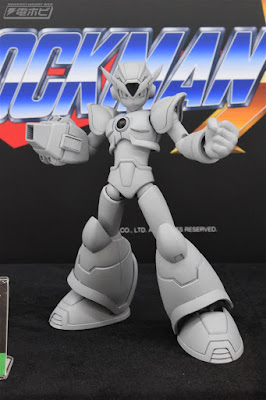 First announced back in February, the Shizuoka Hobby Show brings us our first-ever look at Kotobukiya's Max Armor model kit. Just like the upcoming unarmored X model kit, the Max Armor is 1/12 scale. It's anticipated to release later this year.

If there's one infallible truth in this world it's this: we need more official figures based on Mega Man characters that aren't the titular Blue Bomber, X and Zero. The folks at Kotobukiya are hoping to change that.

In a recent blog post, Kotobukiya say that there are keenly listening to fan requests for future model kits for lesser-known characters. They specifically noted the following characters they'd like to turn into kits: Iris, Alia, Axl, and  Command Mission X, Vile, and Sigma.

“We see your opinions! We’d like to do as many as possible!" Kotobukiya writes. "If X and the Max Armor do well... we can make one after another!”

You heard 'em. If there's a specific character or two that you'd like to see, let Kotobukiya know via: 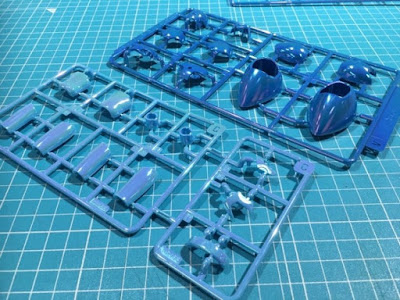 A limited edition variant of Kotobukiya's 1/12 scale Mega Man X model kit is in the works, the manufacturer teased.

The kit will be a "polarized" plated version that changes from purple to blue to green in the light. It's intended to look like the effect X's body undergoes when he charges his X-Buster. It will even include a uniquely colored Buster Shot effect part. Neat!

Kotobukiya also report that they're working on a so-called "undergate" to protect this kit's shiny armor from unsightly marks. Although they didn't specify how it will work, Kotobukiya say that the "undergate" will help hobbyists to cleanly remove parts from the grid. They assure even the most amateur builders will be satisfied with the result.

No word yet when we can expect to see the polarized variant, though more details are reportedly coming soon. For now, you can investigate the above test shot images the kit and the undergate. Thanks for the tip, Hayden! 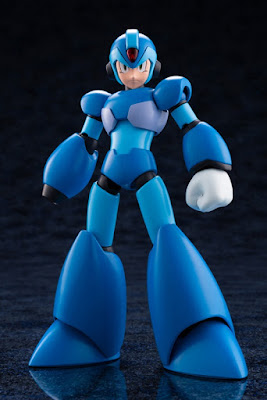 Although Kotobukiya's brand-new, 1/12 scale Mega Man X model kit isn't due until August-September, it couldn't hurt to place a pre-order now. Here's a few places you should check out:


So that's where we're at right now. More retailers will carry X as time marches on, naturally. But if you ask me, you can't go wrong with Big Bad ToyStore and Ami Ami. Both are great.

Also, it does indeed look like international retailers won't be offering Kotobukiya Japan's exclusive background. I was hopeful that at least Koto US would offer it... but alas. We're out of luck for now. Worse comes to worse, you could always make your own?
Posted by Protodude at 11:26 PM 2 comments: