The X6 That Never Was *UPDATED* 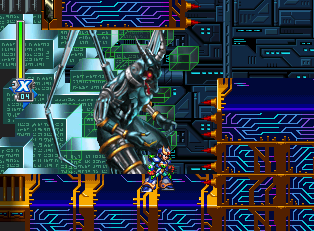 It's no mystery that Rockman X6 is an utter mess. To put it bluntly, X6 remains an unfinished product plagued with terrible stage layouts and awful game mechanics, rushed to retail in order to make a quick buck. However, at one point, X6 might have been something much grander: based on "rumored" preliminary information, X6 might have contain a few aspects that never made it to retail, aspects that might have made the game a lot more enjoyable.

-Stage Connections: Depending on your actions (specifically the order in which Mavericks are defeated), the cosmetics of stages would vary ala X1. This system intended to show the stages were somehow interconnected with each other. This too remains absent from the finished product.

-Rumored Animated Cutscenes: Instead of still pictures, X6 was previously stated to contain animated cutscenes reminiscent to RMX4. Reeve of the former MMX Online supposedly confirmed the presence of custcenes back in late 2001. However, due to a lack of Reeve's source, I've marked this as a rumor.

UPDATED: After speaking with a few "friends", we've come to the conclusion that the above information may or may not have been actual content intended to appear in the game. It's quite possible the sources of said information might have misinterpreted official X6 announcements, blowing them out of proportion. That said, the article has been edited slightly to accommodate recent speculation.