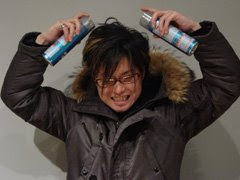 Showtaro Morikubo, the former voice of Rockman X (X5~X7) and Dynamo, has apparently divorced his wife/ fellow voice actress, Yu Asakawa. According to Anime News Network, the break up was a result of "differences in personalities." Well, that's a shame.

Beyond voicing X, Showtaro provided the vocals for various Rockman theme songs such as "Moon Light" (X6), "The Answer" (X6) and "Begin the Try" (Rockman.EXE animated series).
Posted by Protodude at 12:40 AM