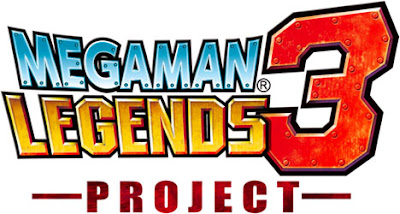 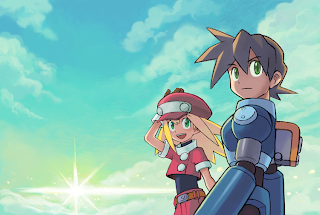 Hell has frozen over. Pigs have flown. Mega Man Legends 3 is real and it's for the Nintendo 3DS! Via Capcom Unity:


"MEGA MAN LEGENDS 3 PROJECT KICKS OFF!!
"Mega Man Legends 3 Project has just been announced at the Nintendo Conference 2010 in Japan for the Nintendo 3DS! While we can’t get into too many details, we can say that fans will have an opportunity to be part of the development process like never before as they interact directly with the team! How exactly? You'll have to stay tuned for more news at New York Comic Con!"

and now, a word from Inafune:

...and another message. This one is from MML3's director:

"Hi everyone! This is Masakazu Eguchi, director of MEGA MAN LEGENDS 3!
So, how about that Keiji Inafune special interview? Did you like that?
As you can see, Inafune is very enthusiastic about this project. And that new development style that he said he would go into more detail about later, I’m sure you won’t be disappointed by that. We think not only fans of the series, but anyone interested in Mega Man Legends will be like, “What? …OMG!!!”
When I and the rest of the staff first heard that were that we were doing this, we were shaking in our boots. All of us were asking our bosses, “Are you guys serious?”
But the proposition was interesting to say the least. So, now here we are making intense preparations and trying to stay on schedule.
…Having said that, there are so many details about the project that I am dying to tell all of you… but you’ll have to wait and let your imaginations run wild for just a little longer, until the Comic Con in New York next month!
Until then, I’ll use this blog to introduce to members of my team, and tell you a little about what’s going on here in the Dev Lab. I’ll do my best to update it at least once a week, so check back often!
I’m also looking forward to hearing comments from all of you!"


I'm in utter shock at the moment. I saw this coming, but didn't want to get my hopes too high. Nay, here we are and it has happened at long last. No words can describe the excitement I'm feeling (yes, huge Legends fan here), so I believe this bit of fan art sums it all up: 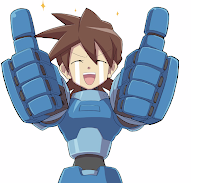 Congrats, all. The fans made this happen.
Posted by Protodude at 1:02 AM