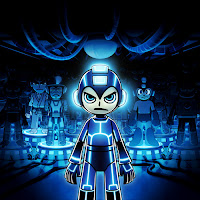 According to a press release put out by Capcom, Mega Man Universe will be one of the titles featured at the "World of Capcom 2010 and Beyond" panel at the New York Comic Con.

The event kicks off on October 10 from 12:15 to 1:15 PM. The panel will play host to trailers and info for many upcoming Capcom games so it's fair to assume we'll be seeing and learning more about MMU. Also, bear in mind, the last Comic Con panel Capcom hosted is where Inafune announced the production of an 'of-requested' Mega Man game; perhaps we'll be hearing more about that there!

Still no word if MMU will be playable on the showroom floor but I assume that bit of news is forthcoming. I'll keep you posted!