Some time ago, Mega Rock hacked apart the contents of the original Mega Man Star Force and succeeded in decrypting a number of graphic files; he was surprised to find the remains of polygonal models of Mega Man, Lan Hikari and a number of maps from Mega Man Battle Network 5. Turns out Mega Man Star Force was built on top of, what's largely assumed to be, a canned three-dimensional version of Battle Network 5: Double Team DS.


Pictured, a small portion of the 3D assets Mega Rock found buried away within Star Force's code. As you can see, they're incomplete -- mere remnants of a project we were never supposed to see: 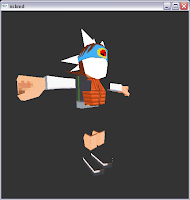 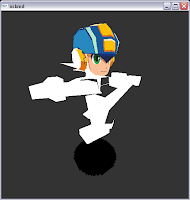 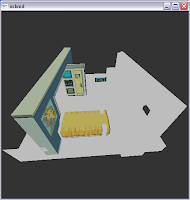 Now, two years later, we have ourselves an even better idea of what could have been thanks to, once again, the efforts of Mega Rock (with the help of fellow coders). In the video below, Mega Rock details his successfully reconstruction of the 3D assets in their entirety, giving us the best look at the contents we may ever have:


It's astounding that all of this was simply hidden behind the many layers of code that made up Mega Man Star Force. It's quite the mystery, for sure: did these models really belong to a more ambitious version of Double Team, or are they simply materials used for testing purposes, not necessarily intended to comprise an actual game?

Mega Rock, in an attempt to shed some light on the project, went so far as to send an inquiry to Capcom US:

"Twas before my time at Capcom so I don't know the answer," says Capcom's Christen Svennson in response to Mega Rock. "There is something you are presuming: that it was ever actually in production just because of the existence of a few assets. This could have been just exploratory R&D/preproduction with no budget associated or greenlight happening (it wouldn't shock me if that were the case). And for whatever reason (maybe from what was learned during pre-pro) that it wasn't put into full production."

Despite the somewhat unsuccessful response, Mega Rock continues to explore assets, as evident from today's video.

Mega Rock is promising even more findings, hoping to show off some recently discovered animations shortly. You can stay up to date with his progress, among other interesting projects, at his official blog.

Even if we never know for sure the purpose of these assets, it's interesting to know that something like this was even produced; the world of Battle Network, rendered in polygons. It's a type of game many have longed for, I assure you. 2D sprites are nice and all, but I think many had originally hoped Capcom would have used the Nintendo DS for a game of this type as opposed to what we got with the Star Force series -- sprite based overworld, polygonal battles.

Would a fully 3D Battle Network/Star Force game be something you'd like to see down the line?
Posted by Protodude at 3:42 PM