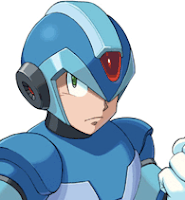 Overshadowed by the unveiling of Mega Man Universe, word has it that Mega Man X, one of the most highly requested characters for Marvel vs. Capcom 3, has been deconfirmed by none other than Capcom's Seth Killian.

The news broke during a Capcom Unity live stream of PAX where Seth was on-hand to answer viewer questions. According to notes made over at Shoryuken, Seth went on to say that it was already too late to implement characters suggested in Unity's Suggestion Box into MvC3 -- this includes Mega Man X, Phoenix Wright and Gene -- because the roster had already been finalized by then.

However, all is not entirely lost for X fans; rumor has it producer Ryota Niitsuma at one time confirmed the game will have an X series rep., and Seth even made a remark X fans will be happy with whoever it is. Who could it be? Speculation points to Zero, of course (who previously starred in Tatsunoko vs. Capcom), but you never know.

Full story at Shoryuken. Thanks to everyone who sent this in!
Posted by Protodude at 2:31 PM