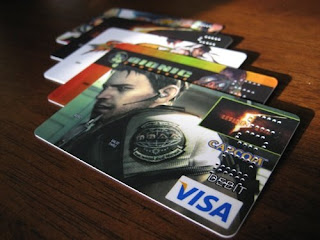 Okay, this seriously has to be the coolest news story in a long time. According to the Los Angelas Times, Capcom is planning on distributing franchise themed Visa Cards in the near future:

"Trying to give its gamers a charge, Capcom plans to start offering Visa debit cards on Tuesday. The Japanese developer, which owns popular game franchises such as Resident Evil, Street Fighter and Megaman, is betting that fans will pony up $7 for the card and a $5 monthly service fee in exchange for loyalty rewards." "The card can be the secret decoder ring for fans to get into the Capcom treehouse," Capcom spokesman Chris Kramer said.

Basically, the cards are your key to various incentives such as prizes and goods and privileges. Who knows, maybe we'll see a Mega Man card or two. How cool would that be?