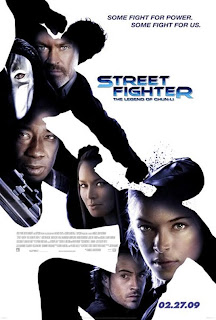 According to an anonymous tipster, Mega Man will have a very tiny role in the upcoming film, Street Fighter: The Legend of Chun-Li in the form of a cameo:

"Just got back from a preview screening of the flick, 'twas pretty neat, especially Megaman's small appearance. It's nothing big, but still pretty neat: in the first twenty minutes of the film, you can see a computer screen displaying an over sized 8-bit Megaman sprite, it lasts for a few seconds."

I'm a sucker for little cameos/easter eggs, so I'll definitely be on the lookout for this. Still, it's just a rumor--we'll know by next week when the film premieres.

Thanks, anon.
Posted by Protodude at 7:42 PM