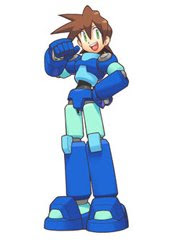 "We've been teasing you about our E3 line up for the past two weeks, citing two surprise games as part of our show plans. Well, surprise, here's the news on Mystery Game #1: it's Tatsunoko VS Capcom: Ultimate All Stars! The game that many thought would never make it to North America is actually in the works and will be at E3 for all of you lucky Unity members to get your hands on. It's no secret that Seth and I love this game, and we're looking forward to bringing you more information going forward, from bios on the fighters to tips on going big with combos and special moves. We'll have a more official announcement closer to E3 (which happens June 2 - 4 in LA, as if you didn't already know) along with some extra cool details. Hang in there, more soon! "


With TvC officially revealed, that leaves us with only one more unknown E3 title. What could it be?

UPDATE: Great news for Europe too; TvC is heading your way. More on this as it comes in.
Posted by Protodude at 2:58 PM