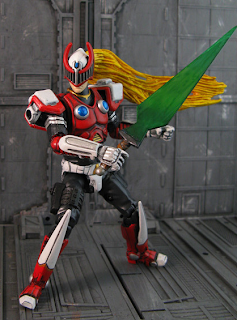 Jin Saotome returns with a few new G.I Joe/Mega Man crossover figures. This time, the likes of Zero, Heat Man and Snake Man join the fray. As usual, Jin has provided small back stories for the characters, Zero's below.

"Where one hero exists others will follow, Zero being no exception. Arriving from his reality to reunite with X, Zero found himself hip deep in Cobra and Wily's troops. They were waiting for him to arrive but what they weren't expecting was the incredible power and speed that Zero possessed. With a blade that can shear through steel and stone he escaped the trap and found his way to the Joe headquarters. Now it was time to regroup with X and stop Wily once and for all!"

The rest of the lot can be found at Jin's Ebay store.
Posted by Protodude at 1:35 PM