Three To Four New Characters In Tatsunoko vs. Capcom 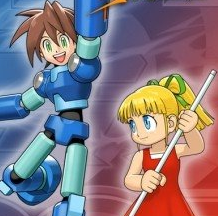 Eagerly awaiting the unveiling of new Tatsunoko vs. Capcom characters? Well here's a little something to wet your appetite. In an interview with Siliconera, Ryota Niitsuma, producer of TVC, discussed his intentions of adding at least three to four (maybe more) new playable characters for the North American version:

S: What can you tell us about these new characters? Are they going to be split evenly between the Tatsunoko and Capcom sides?

RN: In the end we want to have a good balance between the Tatsunoko side and the Capcom side, a split down the middle with characters on both sides. We’re still working on which characters to add and ones to put in so I can’t give you any specifics on that.

RN: Right now I’m looking at around three to four, maybe more. Nothing has been finalized yet. We will be making an announcement very soon about how many characters and who they are.

Hopefully, we'll get an announcement or two sooner than later. I've been so patient! Check out the full Ryota Niitsuma here for more NA version details!