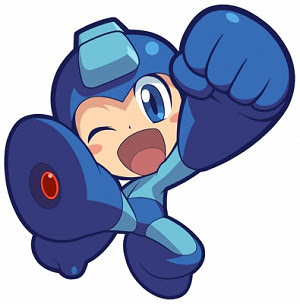 According to the official PlayStation blog, a boatload of Capcom PS1 and PSP titles will gradually make their way onto PSN, the first of which arrives tomorrow (Capcom Classics Collection Remixed).

Among the lot, Mega Man Powered Up and Maverick Hunter X are scheduled to appear as "UMD Legacy" titles. No specific release date for either game have been announced. Hope to see them sooner than later. For the full details, check out Ryan's post here.

Thanks to calvin, Trike and Repliroid20xx for the tip.
Posted by Protodude at 9:08 PM