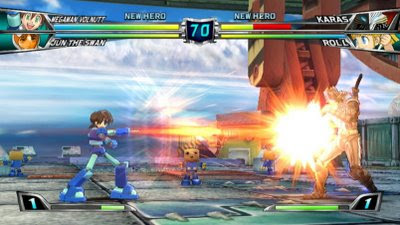 In an interview with VideoGamer.com, Tatsunoko vs. Capcom producer, Ryota Niitsuma, revealed a small amount of additions/changes included in the North American version:


VideoGamer.com: Will there be any differences between the western version and the Japanese version?

RN: Quite a lot actually. The biggest feature would be the addition of new characters, but we will also be tweaking the design of the interfaces. We will be changing some sounds. We will be re-recording voiceovers, we will be recalibrating game balance given the responses we had from the Japanese users, obviously minor bug fixes, and we will also be changing the content of the mini-games that were in the Japanese version.

I'd definitely love to see a new Mega Man rep added to the roster; Zero would be a great addition, though that's just me. Anybody in particular you're hoping for?