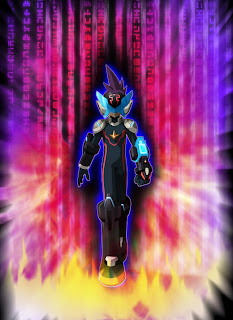 Been a long time since we last saw the Wave Station update. Today's concerns the unveiling of the Burai Noise Change and set of new Noise Modification Gear packs:

The form is obtained by having "no real Brothers", though a few unknown requirements must be met prior.

More updates to come.
Posted by Protodude at 8:00 PM