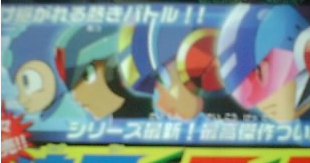 According to several 2ch users, the latest issue of Nintendo Dream promises to unveil a "secret" Rockman project in its February issue.

Pictured is the supposed scan of the vague announcement; no real indication if the project concerns a game or something else.

I'll be following this one closely, though don't expect to hear anything concrete until the February issue's debut.
Posted by Protodude at 11:48 AM