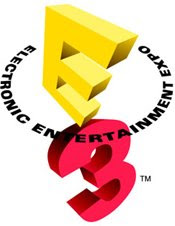 "This franchise has never appeared on this hardware" says Capcom's official Twitter.

Oh such a tease! Well, let's take a look at the clues we got, shall we?


The MM franchise has appeared on all current gen consoles thus far, so the probability of it being related to MM is, unfortunately, rather slim.

The thing I thought was the other game we were announcing is in fact, not being announced at E3 (the plan changed, it's being announced later). So that last game is not something you know anything about and hopefully, it will be a complete surprise. So I was wrong. You may resume speculation/your frenzy of excitement. "

Does this change anything for you?

UPDATE 2: Yet another hint, one that totally slipped under my radar; on May 21st, Capcom told CuriousGamer the following:

"It’s a title fans have been waiting for, everyone will have to wait until E3 to find out what the secret title exactly is but we can tell it is definitely not Devil May Cry 5."