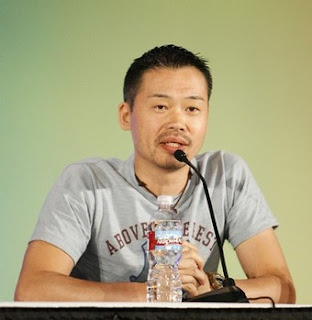 1UP: As you'll recall, we've pestered you about all things Mega Man at one point or another in the past. Particularly regarding Mega Man Legends 3, which seriously needs to be made. You've usually responded by saying that the market has to demand it before you can get clearance to make it, since the execs who sign the checks don't think there's much profit to be had from the blue bomber. And yet, Mega Man 9 has a deliberately retro look. What was the thought process behind this? Sometimes you tell us the world's not ready for more Mega Man, but then you guys crank out the most hardcore, old school Mega Man possible.

Keiji Inafune: We've had a lot of requests to remake Mega Man, and I very much wanted to remake the title. But when we approached it from a business standpoint, it was very difficult. Not that there wasn't popularity. But to remake it with the same hardware or qualities of Devil May Cry or Resident Evil, it would be very difficult, and we were looking for options when the possibility of releasing games via download became a possibility. We saw an opportunity, a chance to release this title again. As a download title we could make a real retro sequel, and I really loved the idea. We could base the new Mega Man on the original design of the franchise and if the response from the users gave us a solid sign that they wanted and would buy this game in that retro style, then we could move on to bigger opportunities with this franchise. That's what our thought process was and how we decided to make something that the users truly wanted.

1UP: If the game (MM9) is successful and you go on to make, say, Mega Man 10, what would you do to keep the game from being a rehash of previous Mega Man games?

KI: This title has been revived based on our users' feedback. They indicated that they wanted to see it again, so if we can continue to find ways to involve users and use their feedback to evolve the game, I think we can go on to continue to make MM10, MM11, and so on. The main point is how and if we can continue to incorporate user feedback into the creation of the game.

Check out the full interview (which has many more interesting topics) at 1Up.

Posted by Protodude at 2:25 AM