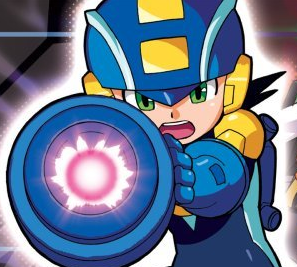 ...and it looks like I'll be contacting Andrew Francis, the voice of NT Warrior's Mega Man.EXE, for an interview. In the meantime, I'd like you guys to go on ahead and send your questions to Andrew in the comments. I'll forward them to Mr. Francis and have him answer as many as he can.

As a suggestion, try asking questions not only about his role as the blue bomber, but also about his work as an actor in general, you know, to mix things up a bit in order to prevent the interview from became repetitive or boring.

I'll be taking questions from now until September 12th. Hop to it!
Posted by Protodude at 12:00 AM