Blast From The Past - Mega Man PSM Cover Story

Mega Man Volnutt and Zero graced the cover of PSM magazine in late '97 as part of the issue's coverage for the then up and coming Mega Man Neo (aka Mega Man Legends) and Mega Man X4. The artwork was produced by comic artist Adam Warren. 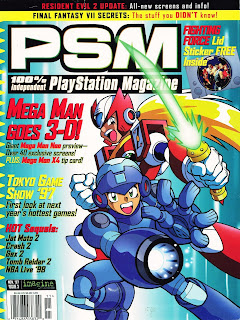 A behind-the-scene look at the cover's creation:
More scans from the issue including previews for MMNeo and X4, available here.