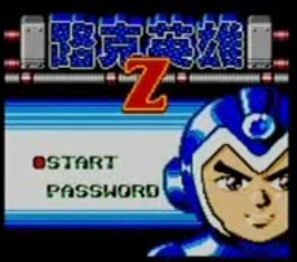 Rockman Z is one of those rare pirated Mega Man games that actually doesn't outright suck. It's of fairly high quality for a pirate, good production values with solid gameplay make It's easy for one to mistaken it for a true blue MM game. That said, Brahman has recently written a highly informative review about the title, detailing everything one could ever want to know about this little oddity. A portion of the review below:


"So, what exactly is this game? It is a presumably unlicensed game that was released by a Chinese development company known as Vast Fame for the Game Boy Color sometime in 2001 using a modified version of Mega Man Xtreme's game-engine. The game is part of a trilogy, with Rockman DX3 as the second part and Rockman & Crystal as the third-and-final installment.
Although released as stand-alone cartridges, this game is often still released today in China by various cartridge producers as part of multi-carts."