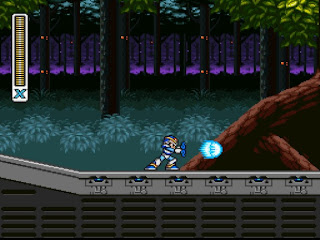 1Up's Ryan Scott recently interviewed Hironobu Takeshita, producer of MegaMan 9. During the interview, Takeshita discussed the possibility of a SNES styled MegaMan X9 among other topics of interest:

1UP: [on MM9] We kind of hoped to see actual NES cartridges produced. We heard rumors that Capcom discussed this very idea, which resulted in a limited run of collectors’ edition NES-style boxes. What stopped you?

HT: We all thought that it’d be great to see actual NES cartridge production! We put some serious thought into this, working with the U.S. staff. But fundamental differences in the technology prohibited us from producing cartridges without a program to bridge the NES cartridge and the current technology. This would have grown into a larger issue, so we reluctantly let it go. It was a great idea, however, so we wanted to use it somehow then thought of producing the box and cartridge case. By the way, this idea came out of our U.S. office; we are very thankful to our U.S. staff for this great idea!

1UP: A lot of fans hoped that MM9 would bridge the story gap between the classic series and the X series, where it’s hinted that the original Mega Man and his friends had all been killed at some point in the distant past. Do you ever intend to tell that story?

HT: This seems like a rumor that goes around in certain circles, but it is not official. Certainly, the two series are set in different time periods, but they share the same spectacular world. There might be a bridge for the chronological gap someday, but I don’t think it’s time yet.

1UP: Will we ever be lucky enough to get a Mega Man X9 — but with Super NES era graphics and music?

HT: It all depends on fans’ demand! We might see that day, as long as there is passion!

Posted by Protodude at 7:10 PM