No Secret Characters In Tatsunoko Vs. Capcom 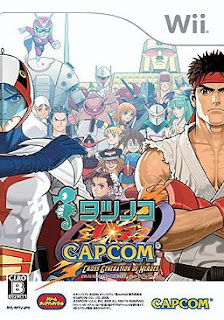 Those hoping for more Rockman characters in Tatsunoko Vs. Capcom will be sorely disappointed; according to 4gamer's interview with Capcom, there will be no hidden characters, and all characters have been announced:

4g: When speaking of fighting games, since you can’t (do something) without asking about hidden characters. How is that part of the game?

Capcom: This time we’ve got all characters available. Since we wanted to put a bang of all characters on the package, they’re all available with nobody hidden. There won’t be any character grudges.

Well, here's hoping for some U.S exlusive characters! (That is, IF we even get the game)