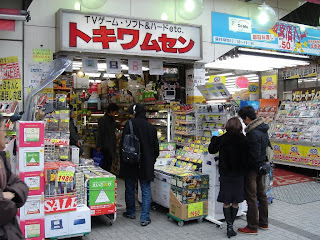 Many of us pen a lack of sales on the supposed "diminishing quality" of the games or the belief that the formula is just getting stale, aka, the "Japanese have grown tired of the Blue Bomber" tirade. However, there might be something bigger going on, something that is effecting the Japanese gaming industry as a whole and not just our beloved franchise: lack of interest in games in general.

According to a poll ran by the Japan's Computer Entertainment Supplier's Association, interest in video games between Japanese individuals significantly dropped between 2007 and late 2008. 30.3% of those polled, between the ages of 3 and 79, no longer consider themselves gamers because, well, they aren't interested in video games. According to Kotaku, if we expand that percentage upon the Japanese population, that 30.3% equals a loss of 6 million gamers nationwide. Kind of scary isn't it? Japan use to be where the market thrived, and now it only accounts for 6% of the industry's total sales. Ouch.

For more statistics, read the complete article at Kotaku.
Posted by Protodude at 12:49 PM