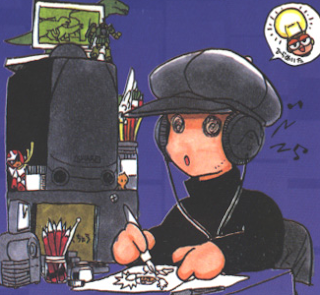 It's been a little while since we last heard from Hitoshi Ariga, creator of the ever classic Rockman Megamix comics. What's he been up to lately?

Besides feverishly creating the newest Megamix volume, Ariga is apparently working on a small side project entitled, “Rockman Development Secrets: The Men who Created Rockman."

The project will presumably chronicle the secrets behind Rockman's history and development, planned to be included within the pages of Megamix 4. Ariga states he wanted to make a similar book over fifteen years ago, but due to a number of circumstances the project never came to be.

As a small bonus, Ariga plans to make a parody comic called, “Secrets of the Rockman Development Secrets : The Man who Depicts the Men Who Created Rockman" (talk about tongue tied), a fictional dramatization of his encounters with the Infaune and other Rockman staff. Sounds like fun.

Ariga hopes to bring more information to us soon.

News Credit: the Mega Man Network
Posted by Protodude at 12:00 AM