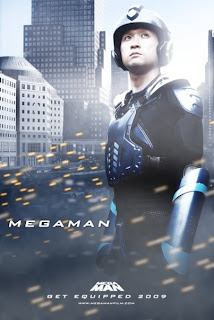 Talk about old, unreported news: According to Eddie Lebron's blog, the director is hoping to release the fan-made Mega Man film close to or on the fourth of July, 2009. The first screening will likely coincide with Screw Attack's Dallas gaming convention with an eventually online release afterwards.

In addition, Mr. Lebron notes the possibility of screening a 15 minute preview of the film sometime in April at an unspecified Clearview cinema. Sweet!

Wishing you the best of luck with the film Eddie, can't wait to see the finished product.
Posted by Protodude at 12:05 AM