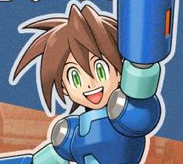 Regardless of the numerous licensing issues, Capcom USA is still bent on bringing Tatsunoko Vs. Capcom to North America. Destructoid's Ben Perlee spoke with Capcom USA's own Seth Killian regarding the issue:

Destructoid: Starting simply, why isn’t Tatsunoko vs Capcom coming to the United States?

Seth Killian, Capcom’s Community Manager: We’ve had some licensing challenges, and if you’ve read the Capcom-Unity blog, I’m a big fan of the game and posting all the material I have on it up there, cause it’s a great, great fun new experience, but the licensing hurdles …

You know, Tatsunoko is all owned by…Tatsunoko in Japan. And in the West, they’re not. A lot of challenges there, but we’ve definitely recognized interest from a lot of people, and we’re looking to try and find a way to get Tatsunoko vs Capcom action to Western fans.

Destructoid: So there is a chance Tatsunoko vs Capcom will come to the United States?

A bit vague, though it is very reassuring to know Capcom's working on something.

Posted by Protodude at 3:00 PM