Capcom Rolling Out the Big "Unexpected" Guns On Wii 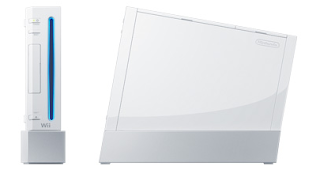 2009 is looking like a great year for Wii: The Conduit, Monster Hunter 3, Sin & Punishment 2, Klonoa and oh so many others, are all set to ensure the little white console has a strong line up of quality third party titles. Indeed, third party support is in full swing.

Capcom's efforts on Wii have been debatable; some appreciate the likes of Zack & Wiki, Tatsunoko Vs. Capcom and Resident Evil Umbrella Chronicles, while others have dismissed the company for a lack of "serious" content in vein of Resident Evil 5 and Street Fighter IV. However, come 2009, those opinions might change. According to IGN, Capcom will "have some unexpected big guns of its own" next year.

As Rockman fans, what can we expect? Anything. RM9's success (specifically) on Wii might have convinced Capcom to produce more Rockman games for the system, maybe something a bit more "present day" (i.e not "retro"). Personally, I'd love to see an X9 utilizing Irregular Hunter X's engine, complete with some gesture controls.

How about you guys? Any hopes on Wii?
Posted by Protodude at 2:00 AM