Want to see more of Bandai's newly released D-Arts Full Armor Rockman X figure? Mecha Guy has a splendid gallery up showing off the figure's quality, poseability, and articulation. From the looks of it, Bandai has once again delivered a fine representation of the famous Maverick Hunter. Nothing short of awesome. 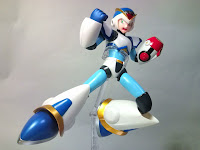 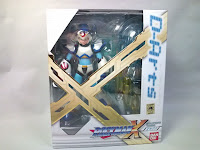 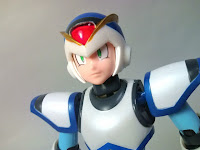 More images here!
Full Armor X is now available in Japan, with imports shipping out some time soon. Bandai plans to localize the figure in states next month, although it remains to be formally announced via press release. That version will be exactly the same as the above, but it's being produced under the "Mega Man" brand with English logos and descriptions.
If you're too impatient to wait for the localized version, remember you can import via AmiAmi and HLJ.
Posted by Protodude at 9:07 PM