Even Without Inafune, Mega Man Will Live On 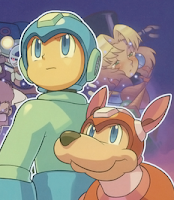 News of Keiji Inafune's resignation from Capcom has naturally caused a bit of a knee-jerk reaction from the fanbase. Many are under the impression that a Capcom without Inafune means "no more Mega Man." This, thankfully, isn't the case. Capcom US's Joveth Gonzalez stepped up to the plate to quell these fears in a post at the Capcom Unity forums:

"Please try not to freak out! Legends 3 is not canceled. There were already producers and directors working on the title and they will continue to work on the game as planned. Same goes for the Street Fighter franchise.

There are entire teams that actually create the Mega Man games. Capcom has been working hard on restructuring its operations over the past few years in order to build a development organization that is not dependent on any single individual. While Inafune will be missed, we can’t ignore the fact that there are teams and producers working on these Mega Man games already."

The staff behind the likes of Mega Man Universe and Mega Man Legends 3 seem like a promising bunch so despite Inafune's absence, I'm sure those titles and the franchise as a whole are in good, passionate hands. Indeed, it is sad to hear Inafune wont see MML3 to completion, but take to heart that he got to see it green-lit and will now be able to enjoy the game as a player -- one of us.

All we can do at this point is continue to wish Inafune well, and support the individuals who will carry on the franchise from here.

Credit: GoNintendo (via The Mega Man Network)
Posted by Protodude at 6:13 PM