A PRC reader by the name of Metalman has succeeded in picking apart the contents of the recently leaked Mega Man X Command Mission E3 demo. To his surprise, beneath layers of code rested a series of hidden screen shots from a very early, beta version of the game... 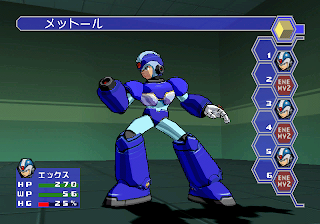 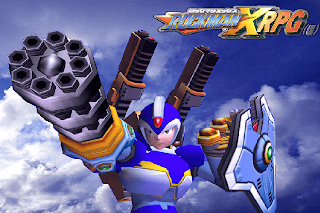 Above, a small sampling of the unearthed beta goodies. On the left, we've got a screen depicting a prototype battle field (and proto battle menu) featuring X in his normal armor (not in final game). The right image not only reveals Command Mission was once simply referred to as "Rockman X RPG", but also displays an entirely unused armor. The extra guns and barrels may even suggest sub weapons were considered at one point in development.

There's a whole slew of other hidden assets for you to ogle at below. Again, all of this was hidden inside of the E3 demo! Click the links to check them out:
Why these beta screen shots were hidden within the E3 demo (a demo that represented a near final build, mind you) is beyond me. Regardless, it's all a truly fascinating discovery that offers a nice look into XCM's early days.

Again many thanks to Metalman for churning these up and xdaniel of the Unseen64 forums for the additionally imagery.
Posted by Protodude at 7:55 PM