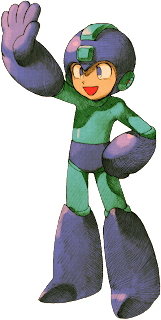 According to an interview with Capcom's Christian Svensson, the company is looking into developing more high definition remakes ala' the highly successful "Super Street Fighter II Turbo HD Remix". Their prime target? The ever popular Marvel Vs. Capcom 2:

"Are we done doing HD Remixes? No we're not done. But the next ones that we do will be even better, based on what we learned."

When asked if Marvel vs. Capcom 2 was a game that didn't need the HD Remix treatment, Svensson replied: "I won't say it doesn't need it. Marvel would be great to do. There's obviously a fan base for it. It's probably our most requested title. Unfortunately, I wish I had news to share on that front but I don't." --Christian Svensson

Sounds good to me, but what are the chances of a "Marvel Vs. Capcom 3" after all these years?

"I would never say never but I would say the barriers to doing that are much higher than the barriers for MvC2."

I don't know about you, but I thoroughly enjoyed SFIITHDR, so I'm definitely looking forward to whatever Capcom churns out.

News Credit: Thomas via Videogamer.com
Posted by Protodude at 12:06 AM