The Year in Review and the Mega Man 2020 Roadmap

Another years goes by for Mega Man and for all of us here at Rockman Corner. 2019 hasn't been as hectic as last year, what with the release of Mega Man X Legacy Collection 1+2 and Mega Man 11. Nevertheless, Mega Man kept generating news more than ever even in a transitional year. We published around 240 articles this year - an average close to five articles every week - making us an essential destination to get news about anything and everything related to the Blue Bomber.

Stay with us after the break where we'll be taking a look at the most important pieces of Mega Man news from 2019 and what to expect from 2020! 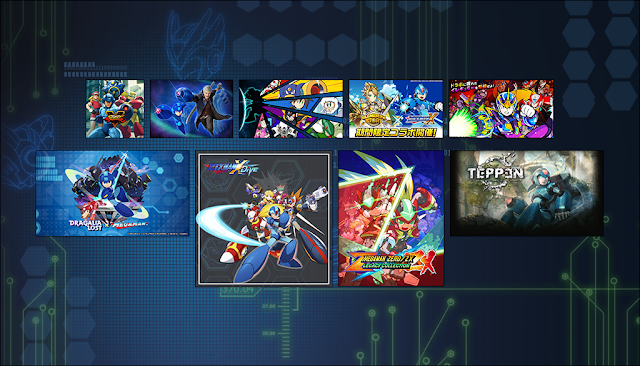 No new games were released in 2019 but that didn't stop Mega Man from appearing in other games, both new and old. Throughout 2019 Capcom released a number of Mega Man costumes for Street Fighter V and even gave us the chance to use the Mega Buster in Devil May Cry 5. The Mega Spirits event for Super Smash Bros. Ultimate took place in early February. After that, for pretty much the rest of the year, Mega Man collaborations appeared in different mobile games like Dragon Poker, Elemental Story and of course Dragalia Lost, which you can see the new amazing artwork done for the game here.

In July, Capcom and GungHo released the card battle game Teppen that brought us dozens of new, amazing pieces of art to life featuring characters and events from the X series like we've never seen before. There was also the divisive redesign of X, which has since gone on to inspire lots of fan-art. You can see all the artwork and the text that accompany the cards in the many articles we have done.

In August, the Mega Man Zero/ZX Collection was announced featuring six games, more than 650 pieces of artwork, and all of the mini-games from the original releases. There's even new artwork drawn by Toru Nakayama and Keisuke Mizuno, a real treat for any Mega Man fan.

Without a single doubt there is one game that kept the fans talking this year: Rockman X DiVE. The new smartphone game developed by Capcom Taiwan.

The existence of the game was hinted by Protodude many times. On July 22nd, everything became a reality with the announcement trailer for the game. A short while later, we had the chance to play the Closed Beta Test that was held from September 12th to September 16th. Outside some minor complaints about connectivity and balance issues, it seems like the community is eager to play the final version. 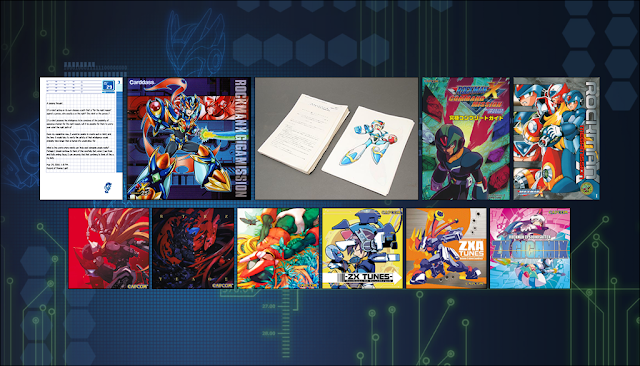 During this year we also provided numerous translations and scans: manga, carddass, music CD booklets, interviews and other things that you can check in the list below:

Many thanks to the people that worked in all of them.: Midori Woodley, Seita, GirlGamerGab, Number20, Sidier, hjhikari, Digi148 and Frank deWindt II. 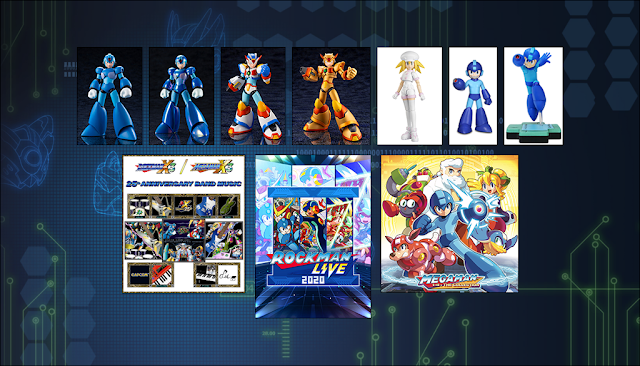 When it comes to figures, all of the attention has gone to the start of Kotobukiya's Rockman X Series model kit line, which comprised of two model kits: Regular X and the Third Armor X plus a couple of variants, all of which are already on sale. This year also saw the Roll Caskett 4 Inch-Nel Recolor, the Mega Man Totaku figure and those peculiar Grin figures.

The Rockman Live 2020 concert was announced on September 13th. They are a set of concerts that will take place in January with music from Mega Man 2, Mega Man Battle Network and the Mega Man Zero/ZX Legacy Collection. Also the Mega Man 11 Original Soundtrack won a minor award and the Mega Man 1-11: The Collection on vinyl was released on December, 17th.

Last but not least, Protodude brought us two worldwide exclusives, the reveal of the cancelled Mega Man Star Force 4 game including concept art and story details and, the unveiling of never seen before designs for Roll's sisters in Mega Man Universe and never seen before Robot Master art and the unreleased soundtrack for Universe as well.

Of course this isn't everything that happened throughout 2019. You can always check the left side of the blog and navigate the news month by month if you want to refresh your memory.

Now, before we move to 2020, another two important things happened this year for the blog. Protodude opened the Rockman Corner Discord Channel were hundreds of Mega Man fans can talk about the Blue Bomber everyday. We are getting close to 1000 members so don't miss the opportunity to join! Protodude also opened his Patreon page to support his endeavors to preserve Mega Man history. If you feel inclined to, you can always support him with a couple of bucks.


Now let's talk about new year. This how it everything looks so far based on what's been announced/the information we have:


You name it; the new year will have tons of figures, statues, model kits, etc. Kotobukiya will be releasing the Zero model kit and his variant version, Zero Nightmare, with more model kits expected to be announced/released throughout 2020. Kotobukiya are keeping their cards close to their chest for now, but they have expressed interest on doing kits based on more obscure characters. If we are lucky we may get something that's not X or Zero.

Monika Toys, Dimension Studios, First 4 Figures, SENTINEL and Banpresto will also be releasing statues or figures during they year. The one that looks the most interesting to me is the Rockman.EXE: Rockman vs Forte statue by MegaHouse. Not only because it looks amazing, but because it could mark the beginning of more Rockman.EXE merchandise as we approach the release of the rumored Battle Network Mobile game (more on that below) and, perhaps, a hypothetical Battle Network Collection for Consoles at some point in the future.

When it comes to books, UDON is releasing an updated version of the Robot Master Field Guide and a hardcover reprint of Mega Man Starforce Complete Works. There is also the Mega Man X: Mega Mission Comic Book that was announced at SDCC 2018,  too. That book was originally slated to release in January 2019, but we contacted them in April and they told us, "It's going to happen, we just won't rush it. It is translated.", stay tuned I guess!

At the beginning of the year we have the Rockman LIVE 2020 concerts in Tokyo and Osaka. You can check the complete set list here if you missed that article. The Capcom Electune Collection will be released that month too. We can only hope that these concerts will be recorded on a DVD/CD for posterity, something that they didn't do for the Rockman 30th Anniversary Concerts. Also in early 2020, we will get the chance to play the Mega Man Zero/ZX Legacy Collection and buy the Mega Man: The Wily Wars reproduction by Retro-Bit, too. We'll hopefully have more details on the later sooner than later.

And of course, we have Rockman X DiVE that recently was announced to be released in Q1 2020. A more specific release date should be announced soon. No word yet on the prospects of the previously announced open beta test.

Things are heating up in the Mega Man universe! Penty of surprises are around the corner and you can bet we will be at the front reporting it all! We hope to see you next year! Thank you again for all your support!
Posted by Reploid21XX at 1:50 PM