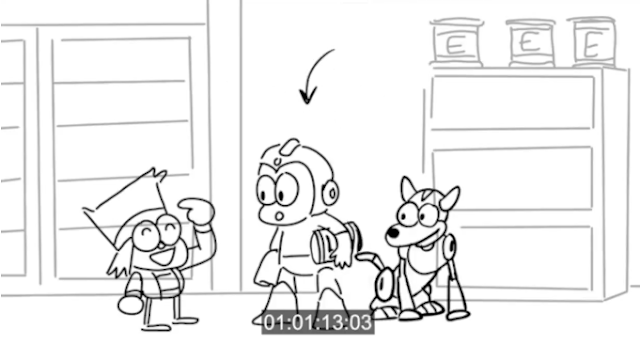 From Captain Planet to Sonic the Hedgehog, Cartoon Network's wonderfully quirky "O.K! Let's Be Heroes" is no stranger to pop-culture crossovers. Had the show gone on longer we may have seen even more dream team-ups. One idea that was nearly pitched a few years ago, in fact, featured the show's titular K.O. meeting Mega Man himself!


Executive producer Toby Jones took to Twitter to show fans a simple, but entertaining animatic that was intended to be shown to prospective companies and creators who might be interested in crossing their properties over with OK K.O.! It was never finished nor actually used for its intended purpose. However, what is here is super interesting and ignites one's imagination:

Back in 2016, me and @ianjq made this super rough scratch animatic to potentially show when pitching OK KO! crossovers to different creators/companies. We didn't end up finishing it or using it for anything, so here it is now! pic.twitter.com/nJBbbqUoqs
— Toby Jones (@tobytobyjones) December 19, 2019


The general rule of thumb was "two crossovers" per season. So had the show lasted longer, we could have very well seen a "Let's Meet Mega Man" episode. Oh, what could have been!