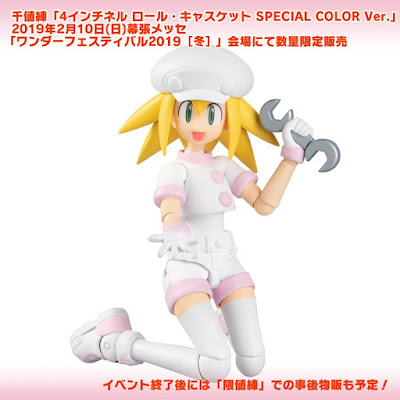 Less than a month since the release of the "Regular" and AmiAmi-exclusive version of Sentinel's 4 Inch-Nel Roll figure, Capcom announced today a recolor that will go on sale at the 2019 Winter Wonder Festival (starts in February). Limited quantities will be sold but no further details have been shared. If we take into consideration the other Wonder Festival or Convention exclusive recolors we've seen in the past, it can be assumed that the price will be roughly the same as the Regular version and limited quantities will be sold at Sentinel Online Store after the festival ends. 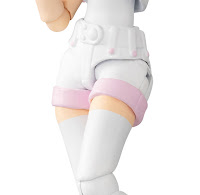 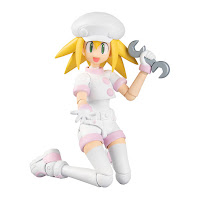 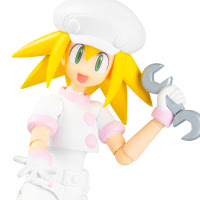 UPDATE: The price for the figure will be 8,100 yen and no new accessories will come with it. The figure will be sold via Sentinel's Online Store after the festival ends. Looks like the figure is roughly based on the nurse character from the first Mega Man Legends game but they explicitly mention this is an "original color".

The Regular and AmiAmi releases has caused controversy among collectors for his high price, sloppy painting in some areas, and questionable knee joint parts. If that's not bad enough, they chose to split two iconic items like Roll's hat and Data between two different packages.

If you want to know how both versions of the figure turn out, I recommend you to head over RMDL and read their excellent review.
Posted by Reploid21XX at 5:28 AM