The Grandista Mega Man Figure is Looking Better Than Ever 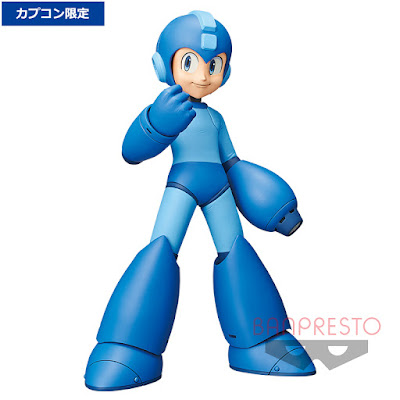 Bandai's upcoming 10-inch Grandista Mega Man figure recently made an appearance on Capcom's dedicated UFO Catcher YouTube channel sporting an updated design. An image of the refined design was posted Banpresto to their official website, shown above. More details after the jump!


Compared to when we last saw the figure in September, the updated design sports tweaked colors and extra details. The face appears a bit more "on model" and the addition of cloth-like wrinkles to the arms, hands and legs is a welcome addition. This is perhaps one of the most detailed (official) classic Mega Man figures we've ever seen.

In Japan, the figure will only be distributed at amusement facilities directly managed by Capcom. It's intended as a UFO Catcher prize. It can also be "won" from the Capcom Net Catcher App, a remote app that let's you play UFO Catcher games from your phone or PC. Participation is limited to residents of Japan only.

For everyone else, you can buy the figure from the following retailers:

The figure is slated to begin distribution on January 9th, 2020. Look forward to it!
Posted by Protodude at 1:21 PM