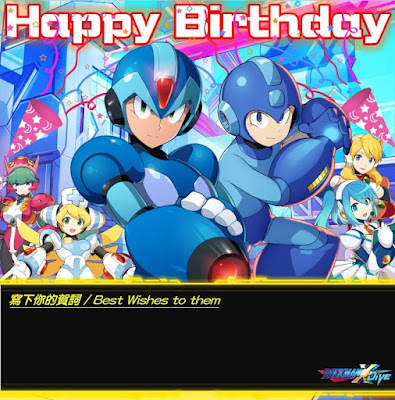 I can confirm that shortly after Rockman X DiVE's official launch (which is still purportedly coming before the end of the year), players will have the opportunity to unlock classic Rockman as a fully playable character. This piece, drawn by Keiske Mizuno, is very much the first *official* hint that he's coming soon.

Classic Rockman will be the first non-X series playable character with more to come... from classic and beyond.

More news on this front soon!
Posted by Protodude at 11:32 AM