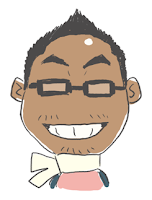 This January, Nintendo is planning on holding a Nintendo 3DS demo event aptly titled "Nintendo World 2011." No games have been announced for the exhibition but according to a report by Andriasang, Mega Man Legends 3 producer, Masakazu Eguchi, will be in attendance -- news that some are taking as a sign the game will be at the show.

Eguchi will be on-hand during the event's first day, January 8th, in Hall 9 of the Makuhari Messe convention center just outside of Tokyo. Eguchi will be on the showroom floor checking out the other games and encourages fans to come and say hello if you spot him.

Despite speculations, Eguchi's post over at the Legends 3 devroom makes no mention that Legends 3 itself will be playable. While I wouldn't get your hopes up for a full blown reveal, I think the least we can expect is a new trailer.

I'll keep you posted! Full story at Andriasang
Posted by Protodude at 8:50 PM