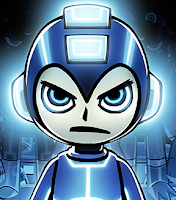 It's been quiet a while since we last heard from Mega Man Universe... early October, to be precise. Since then, there's been little to no news on that front, leaving many wondering just what has become of this curious project. Contrary to popular belief, Mega Man Universe has not been canceled -- there's a lot more news coming down the pike soon... or so I'm told.

To keep our appetites whet until then, 1Up's Jeremy Perish has published a semi-new interview with the game's producer, Akiko Ito, originally conducted at the Tokyo Game Show some months back. The interview covers much of what has been known for a while, however, it does divulge into a lot of interesting, little tidbits behind the game's infrastructure including a reaffirmation that Universe is, in theory, a spiritual successor to Mega Man Powered Up.

Other topics of interest include the game's controversial controls, character customization, plot line, and other miscellaneous bits about the game's development. All in all, it's a nice read, especially if you've been longing to hear something, anything from the MMU front.

Again, this interview is a tad old and as such, some details may no longer relate to the game's current state of development as of December 2010. Remember, a lot has happened since TGS '10; you never know just how much has changed as a result.

You can check out the full interview here!
Posted by Protodude at 9:00 PM