It's been a long, long time since we least heard from Bandai's D-Arts Rockman X figure, but all that changes today. New images of the figure have surfaced on the net and while it remains to be seen if the figure will actually go on sale, it's still very nice to look at: 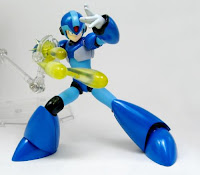 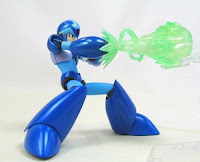 Tamashii Web's report on the figure heavily implies X will see mass production, going so far as to tease that a "long haired, red character" will be introduced as well. Who else but Zero?
Nothing is official yet, but I believe it's pretty likely we'll be having this baby on our mantles in no time. More news on the D-Arts figure(s) as it comes in.
Thanks, Zereul21 and Aubrey.
Posted by Protodude at 9:33 AM