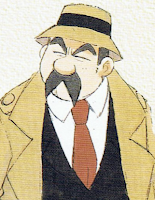 Hot on the heels of the Bonne Mecha design contest comes the third community-wide Mega Man Legends 3 event. The Townspeople event, kicking off on December 7th, is a two in one deal in which various townspeople, assumingly, NPCs, will be revealed.

The first part of the contest will have you coming up with names and personalities for various townspeople; The second asks you to come up with a line of dialogue for the character to say based on a scenario Capcom intends to provide. Of course, you don't have to participate in both  -- one or the other is just fine, too! While this doesn't quite sound as involved as previous contests, it's sure to yield some interesting results.

Again, all this doesn't happen until the 7th; stay patient! For more details on the event, read up on the official post at Capcom Unity.

ALSO, as some of you have pointed our, there seems to be a glitch in the mecha contest voting system. As noted by jgonzo, everything should be working smoothly by tomorrow night.
Posted by Protodude at 9:44 PM