Keiji Inafune Returns With An All New Blog

After a period of silence following his departure from Capcom last month, Keiji Inafune, the father of Mega Man and producer behind some of Capcom's biggest titles, has resurfaced, running a new blog aptly titled "It's Keiji Inafune!!" 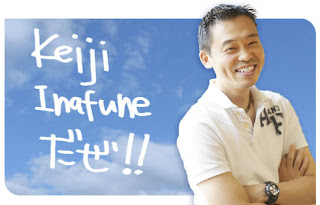 Introducing himself as "Keiji Inafune, without a title", the former producer utilized his first post to give us a brief status update, starting off by expressing his desire to continue making games -- social games, online games, and everything else in between. Beyond that, he's also interested in working on films, books and comics.

"I'd like to challenge things that I couldn't do during my salaryman era and greatly exceed my former self," says Inafune in regards to projects outside of games.

Inafune says that, now free of his salaryman lifestyle, it would be meaningless to not use this opportunity to try things that he couldn't quite do before.

In closing, Inafune isn't announcing any new projects at the moment, but hopes to keep us posted via the blog.

Needless to say, it's good to see the guy occupying himself and he seems quite adamant on achieving his goals. As long as he's happy, that's all that matters.

Check out Inafune's blog for yourself here.

Credit: Andriasang
Posted by Protodude at 12:24 AM