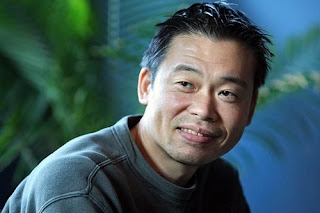 Kotaku reports the father of Mega Man has announced on his official blog that, after 23 years with the company, has quit Capcom affective at the end of the month.

"A manager's work means evaluating your subordinates and speaking your dreams," Inafune writes.

"There's nowhere higher for me to go. I'm leaving Capcom with the intention of starting my life over."

"People that really know me, can see where I'm coming from. I'm not a regular dude. It's probably because I'm strange."

The message ends with a simple "thank you" and a reassurance that he'll do his best. Inafune wasn't clear what he'll do now, unfortunately.

The red flags of his resignation were evident as early as late September. In an interview with Excite, Inafune expressed his disgusts in his work at Capcom, and even earlier he's shown an increasing distaste and bitterness towards the Japanese game industry. As such, his leave may not be all too surprising to some, but for me, at least, this comes as a shocker.

Full story  at Kotaku. Thanks to everyone who sent this in!


UPDATE: Come November 1st, Jun Takeuchi will take over Inafune's position as corporate officer, as well as deputy head of consumer games and R&D Division, and general manager of R&D production.
Posted by Protodude at 7:11 AM