Capcom "May Have Some Mega Man News", Says Killian 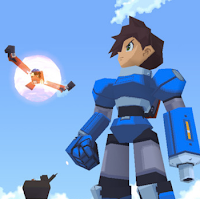 2011. A year that will live in infamy. Within the span of four months, we bared witness to the cancellation of two highly anticipated titles -- Mega Man Universe and Mega Man Legends 3. The news left a profound wound in our community. Our faith in Capcom, shaken.

It's a gloomy time to be a Mega Man fan. Yeah, you've got some nice t-shirts and keychains coming out soon, but how about those games? Aside from Rockman Online, there's literally nothing substantial on that front right now. However, this situation may change soon enough. Maybe.

At a recent Capcom sponsored Fight Club event, GameZone’s Vito Gesualdi interviewed Capcom's Seth Killian, inquiring about potential characters for Ultimate Marvel Vs. Capcom 3. The session eventually culminated in whether or not Capcom could “finally get Mega Man off the moon by including him in the popular fighting game." Clearly, a reference to the stranded Mega Man Volnutt.

A solemn Seth replied, “We tried. It didn’t work out.”

Now, is that a remark directed towards Mega Man's failed UMvC inclusion, or a reference to Legends 3's cancellation? Seth elaborated: “We have eaten a giant plate of unhappiness on this one,” adding that “Mega Man is very, very close to my heart.”

Like a heated bout right out of Ace Attorney, Vito pressed Seth to say something about Mega Man's future. He succeed. “Hang in there, we may have some Mega Man news….Maybe”.

And that was that. “You could just tell the whole Mega Man thing was eating away at him, and he wanted to share something,” added GameZone. You have to feel bad for Seth. He's been an active, and integral part of Mega Man's life for the last few years. He wants to say something to us -- wants to assure us, but he can't. He has to stay mum.

What can we take from this conversation? Capcom is, clearly, considering what to do with Mega Man from here. They aren't just sitting on the IP; that we can be certain of. However, it sounds to me like they are moving forward with caution. The last thing we need, right now, is another game to be announced before its even green-lit, and then watch it be cancelled.

It's in Capcom's hands now. All we can do is continue to voice our support, and hope for the best.