A Look At The 'Battle & Fighters' Trial Cartridge 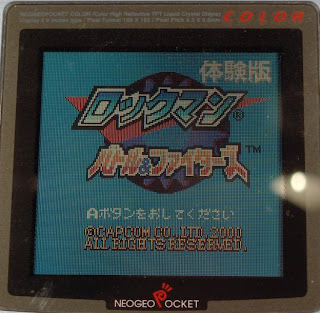 Remember this auction from way back when? As luck would have it, PRC reader Shadowman16 won the trial cartridge and graciously offered to share the little differences this build has over the final release:

- As soon as you boot the game up a disclaimer screen pops up. This is the standard "work in progress, may not represent final game blah blah" text that all demo's have.

- The title screen has some text in the top right hand corner which is something like "trial" or "demo" version.

- As soon as you press a button to start the game, it goes straight to the game select screen (Power Battle or Power Fighters), this version does not have the menu screen which lets you select records, database, options etc. 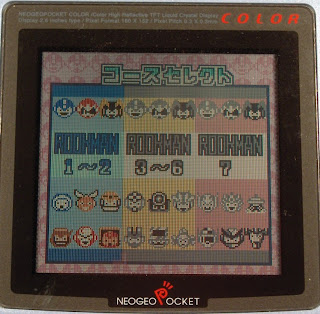 - Character and Boss select is identical to the final version. All 3 fighters for Power Battle and all 4 for Power Fighters are available, as are all 6 bosses for each scenario.

- The gameplay is identical to the final version. 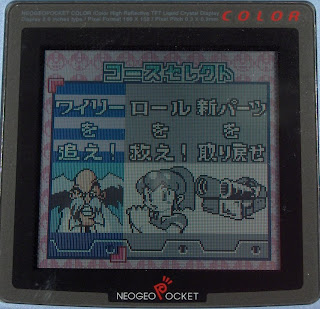 - The game will only let you fight 2 bosses in either scenario before coming up with the "Game Over" screen. At this point another splash screen like the disclaimer screen pops up which just mentions the full games release date (again, like most other demo's). After this it goes to the highscore screen and then back to the title screen. Losing a match either by time over or death will also result in a Game over (as opposed to the full game which lets you continue)

- One thing that does seem missing is Dr Lights small cutscene which usually occurs when you collect the dropped device from one of the robot masters.
Posted by Protodude at 12:00 AM