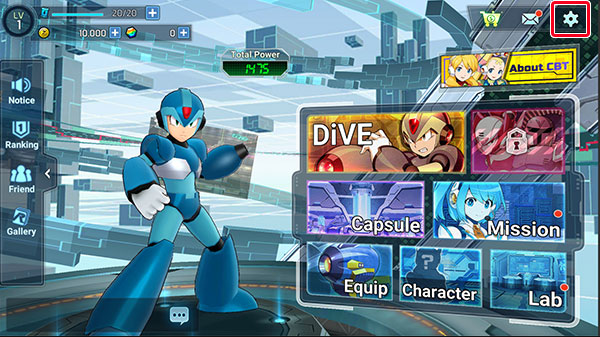 The Rockman X DiVE development team updated the official website page today with plenty of new details and images. Don't waste any time and read on after the break!

First of all, we have confirmation that the game servers will be open 24-hours per day unless there is maintenance to fix bugs or to add more content. We will be able to play the game as much as we want for the duration of the Closed Beta Test that will last from September 12th 10:00 to September 16th 10:00 (GMT+8).

The playable characters for the CBT are:

There will be additional characters added for the participants of the "Mega Man Collection Contest". At this point, it is unknown if those characters will be added on top of the list above or they are already on the list. The level cap for all playable characters is 20. 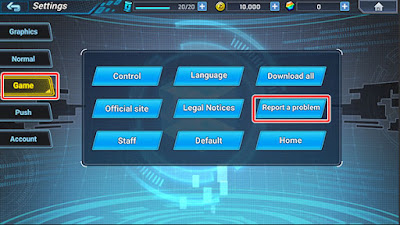 The development team are asking for our help to find bugs in the game, too. We will be able to send bug reports via the game itself (see image above) or via the official website by filling a bug report. 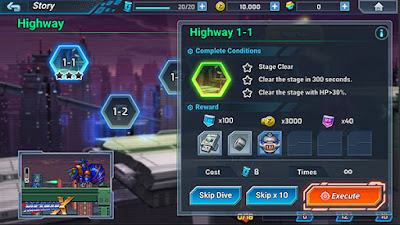 Modes available in the CBT are:

Also, we have confirmation that there will be an Open Beta after the Closed Beta is finished but no other details have been given.

So that's about all there is on that front. In the meantime, I suggest that you take a good look and analyze all the details in the images released today because there is plenty of details and don't forget to visit the official site for a little bit more information.

Before we move to the next bit of news, take a good look at the images below – you may find a famous support character from the Classic Series! 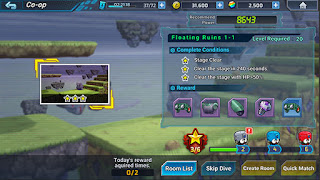 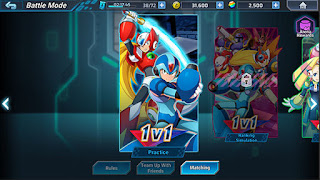 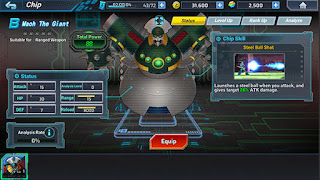 There isn't much to say about it, other than reinforcing the general plot of the game that we've known about for a while:

The player's location is the "Deep Log" in the digital world. A place that stores all the game information from the Mega Man X  series and RiCO is the manager of this world.